View cart “Cruiser Varyag ship model plans” has been added to your cart.

History of the Crusier Varyag

During the Russo-Japanese War of 1904–1905, Varyag (under the command of Vsevolod Rudnev) accepted a badly uneven battle with the Japanese squadron of Admiral Uriu (one armoured cruiser, five protected cruisers and eight destroyers) during her heroic breakthrough from Chemulpo (Incheon) harbour February 9, 1904.

Having lost 82 men dead, 190 injured (out of 570) and outgunned, the crew decided not to surrender, but to sink the ship. The crew was saved.

In 1907 Vsevolod Rudnev (by that time dismissed in the rank of rear admiral) was decorated with a Japanese order for that battle; although he accepted the order, he never wore it in public. 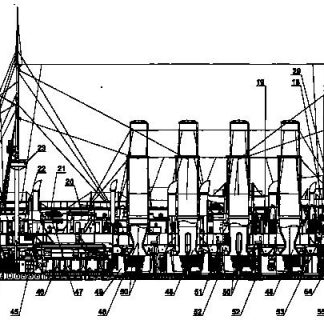