History of the ship
In the centuries following 1200 BC, the Phoenicians formed the major naval and trading power of the region. Perhaps it was through these merchants that the Hebrew word kena’ani (‘Canaanite’) came to have the secondary, and apt, meaning of “merchant”. The Greek term “Tyrian purple” describes the dye they were especially famous for, and their port town Tyre. The Phoenicians also traded cedar for making ships and other things. Phoenician trade was founded on this violet-purple dye derived from the Murex sea snail’s shell, once profusely available in coastal waters but exploited to local extinction. James B. Pritchard’s excavations at Sarepta in Lebanon revealed crushed Murex shells and pottery containers stained with the dye that was being produced at the site. Brilliant textiles were a part of Phoenician wealth. The Phoenician glass was another export ware. Phoenicians seem to have first discovered the technique of producing transparent glass. Phoenicians also shipped tall Lebanon cedars to Egypt, a civilization that consumed more wood than it could produce. Indeed, the Amarna tablets suggest that in this manner the Phoenicians paid tribute to Egypt in the 14th century BC. 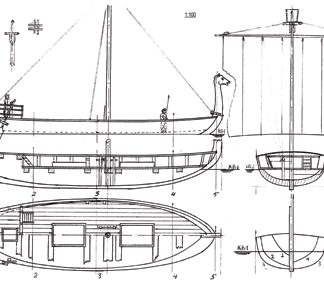