History of the USS Nimitz (CVN-68)

Nimitz first deployed to the Mediterranean, departing 7 July 1976, in company with the cruisers South Carolina and California. This was the first time in ten years that the US had deployed nuclear-powered ships in the Mediterranean. The cruise was uneventful, and Nimitz returned to Norfolk, Virginia 7 February 1977.

A second Mediterranean cruise 1977–1978 was similarly quiet, but on the third cruise, which began 10 September 1979, Nimitz was the launchpad for Operation Evening Light, the attempt to rescue the US Embassy workers being held hostage in Tehran, Iran. The mission was aborted when helicopters crashed at a rendezvous point in the Iranian desert. The ship finally returned home on 26 May 1980, having spent 144 days at sea.

In the following year, one of Nimitz’s EA-6B Prowlers crash-landed on its flight deck, killing 14 crewmen and injuring 45 others. The crash happened when the USMC airplane came in high and right, missing the last arresting cable by several feet while ignoring a wave-off command. Forensic testing indicated several of the deceased enlisted crewmen tested positive for marijuana while the officers on board the crashed plane were never tested, putting the blame for the accident on the deck crew instead of the pilot. The “official” determination was that the accident was the result of drug abuse by the enlisted crewmen of the Nimitz, this conclusion coming despite the fact that every death occurred in the impact of the crash and not one crewmember was killed fighting the fire. Due to this incident, then-President Ronald Reagan instituted the “Zero Tolerance” policy across all of the armed services – which started the mandatory drug testing of all US servicemen and women.

In the Gulf of Sidra incident (1981), while conducting a freedom of navigation exercise in the Gulf of Sidra near what Libya had proclaimed as the “line of death”, two aircraft (F-14As) of Nimitz’s VF-41 were fired on by Libyan pilots, but they returned fire and shot down both Libyans with no US losses.

In 1985, two Lebanese Shiite Muslim gunmen hijacked TWA Flight 847, carrying 153 passengers and crew, including many Americans. In response, Nimitz was ordered to the Eastern Mediterranean, off the coast of Lebanon, where it remained until August.

Nimitz departed Norfolk, Virginia for the Mediterranean on 30 December 1986. After four months and numerous port visits, Nimitz left the Med and crossed the equator en route to a port visit in Rio de Janeiro. From Rio, she proceeded south around Cape Horn and into the Pacific. After a brief stop in San Diego, California to offload the air wing, Nimitz arrived at her new homeport of Bremerton, Washington on 30 June 1987.

During the 1988 Olympic Games in Seoul, South Korea the Nimitz operated off the coast of South Korea to provide security.

On October 29, 1988, Nimitz began operating in the North Arabian Sea, participating in Operation Earnest Will.

On 30 November 1988, a 20mm cannon on board the aircraft carrier USS Nimitz (CVN 68) accidentally fired on an A-7 Corsair aircraft during maintenance while the ship was conducting operations in the Arabian Sea. Six other aircraft weer set on fire and there were two casualties{One sailor killed Nov 30, 1988, and another died Dec 2, 1988, from injuries sustained in that fire. USS NIMITZ WestPac Cruisebook 1988-89} reported as a result.

On 25 February 1991 departed Bremerton, Washington to relieve Ranger in Operation Desert Storm, returning herself on 24 August 1991.

It deployed again to the Persian Gulf for several months in 1993, relieving Kitty Hawk during Operation Southern Watch.

In March 1996, it was deployed to patrol the waters off Taiwan amid missile tests by the PRC in the area, becoming the first U.S. warship to pass through the Taiwan Strait since 1976.

On 1 September 1997, Nimitz began an around-the-world cruise with the destination of Newport News, for a mid-life Refueling Complex Overhaul (RCOH) that lasted until 25 June 2001. It then changed homeport to San Diego, California, arriving there on 13 November 2001.

Nimitz departing North Island. April 2nd 2007In January 2002, Nimitz began a four-month Post-Shakedown Availability at Naval Air Station, North Island. It ended its pier-side availability in May 2002 and conducted sea trials, the first step in preparation for her overseas deployment.

In mid-April 2003, Nimitz relieved Abraham Lincoln in the Persian Gulf, launching sorties over Iraq in support of Operation Iraqi Freedom.

Nimitz returned to San Diego on 5 November 2003 where it underwent regularly scheduled maintenance and repair.

Nimitz departed North Island in San Diego on April 2, 2007, at 9:50 a.m. on a six-month deployment in the Arabian Sea, relieving the Norfolk, VA.-based USS Eisenhower. The Nimitz reached Chennai, India on July 2nd, 2007 as part of efforts to expand bilateral defense cooperation between India and the United States.[1] [2] Sailors of the nuclear-powered aircraft carrier participated in community work in Chennai during its station there. [3]. Nimitz left Indian shores on July 5, 2007, along with the USS Pinckney and headed towards The Persian Gulf. [4] Nimitz returned to North Island in San Diego on September 30, 2007 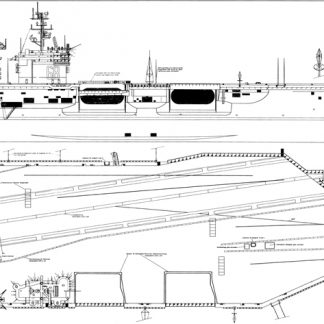